5 Ways to Prevent Frozen Pipes – Advice from a Midwesterner 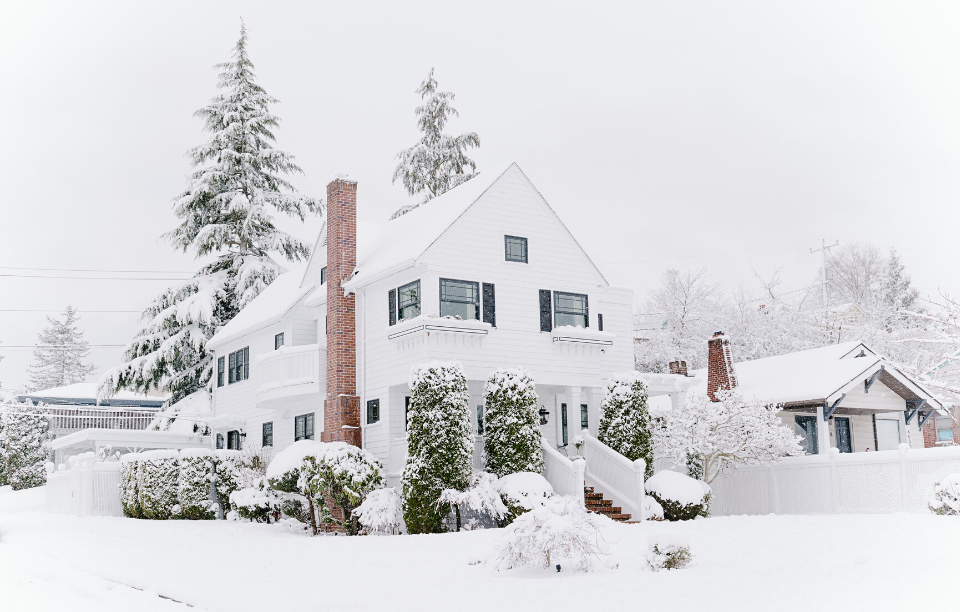 Looking to prevent frozen pipes this winter? Here are a few tried and true tricks from a Midwesterner who has survived my fair share of 0ºF degree winters (with -30ºF windchill, fun!) in the Land of the Cold and Home of the Frozen…Wisconsin.

Wisconsin is well known for its love of beer, cheese, the Packers, and outdoor activities that involve all three (read: tailgating). However, with all these amazing cultural delicacies comes the bad…Wisconsin winters. And when winter hits, every home in Wisconsin—and other states who are lucky enough to experience winter—knows that when the temperature drops, it’s time to take caution and preventative measures to keep your pipes from freezing.

How to Prevent Frozen Water Pipes

Frozen pipes lead to burst pipes which lead to water damage. And trust me, as fun as ice skating looks, it not nearly as fun when the ice rink is in your basement!

Open all the bathroom and kitchen cupboards with pipes behind them.

I can’t tell you how many winters I have spent banging my knees on open cupboard doors. The bruised knees hurt but ultimately, it made me a better person and kept the pipes from freezing. Opening the cupboards allows warm air to circulate – just make sure to warn your family members and pay extra attention when making your oh-so-famous chili to stay warm.

As a child, I was chastised to “TURN THAT FAUCET OFF!” every time I brushed my teeth. In the winter, however, I was scolded to “LEAVE THAT FAUCET RUNNING!”. However, despite the mixed signals, your parental figure is right: leave a faucet dripping just a little bit (especially overnight or if you’re going to be gone over a weekend). Leaving cold water dripping from a faucet reduces pressure buildup in pipes to help curtail the risk of burst pipes.

Keep a minimum temperature between 55-65 degrees at all times.

It might be tempting to turn down the heat at night when you’re snuggled up in bed (especially with an electric blanket!) but that leaves you more at-risk to frozen pipes. Maintaining a consistent temperature between 55-65ºF (depending on the size of your apartment or house) is important to prevent frozen pipes and water damage. If you rent an apartment, you might be able to get away with keeping the temperature on the lower side, but keep in mind bigger houses have more space to heat and might need to be kept at a higher temp to keep the pipes (or the people) from freezing!

Patch up or block any places where heat might escape your house.

Maybe it was just the old farmhouse I grew up in, but with the huge gap underneath our front door, it felt like we might as well have been outside with the cold wind that blew right through the house. If you’ve got an older home susceptible to drafts, consider areas where heat might be escaping. Depending on your budget, you can use anything from old towels or blankets to door draft stoppers to block gaps in the doors and windows to prevent the cold from entering and the heat from escaping.

While exposed pipes look super cool in theory, in practice they are super vulnerable to freezing. When the temperature drops, we don our mittens and boots to provide ourselves with insulation—so why not insulate our pipes as well? Insulating exposed pipes is critical for preventing frozen pipes when the temperature drops. The material of the pipe will determine the type of material needed to insulate the pipe, so ensure you’re using the right material.

What to do if your pipes freeze?

If your pipes have frozen, it’s imperative that you dethaw them before they completely freeze and burst—costing you thousands of dollars in water damage.

Locate the frozen water pipes and attempt to dethaw by warming up the room or applying heat (if safe to do so). Never attempt to use flame/fire to dethaw a frozen pipe. You can also call in a professional to help you thaw the pipe. Remember, it’s better to pay a plumber to fix frozen water pipes before they burst than water damage.

In addition to these tips, some landlords have considered installing smart thermostats as a means of helping both landlords and tenants reduce the chances of burst pipes by controlling the temperature of the rental—regardless if it is occupied or not. This is especially helpful if tenants are traveling during the winter or the unit is unoccupied.

Additionally, check your landlord insurance policies to see what is covered in case your water pipes freeze and burst.

While winter does have its pros (hot chocolate, anyone?), the cons include slipping on the ice in front of your neighbors, scraping 2 inches of ice off your car, and, of course, frozen pipes. Take it from this midwesterner, biffing it on the sidewalk and spending twenty minutes de-icing your car are preferable winter activities to cleaning and repairing water damage from frozen pipes. Nothing makes frozen pipes fun—not even tailgating.

Staging Homes vs Staging Apartments—How Much Does It Differ? ﻿

How to Analyze Your First Investment Rental Property | Video